Air inleakage into steam turbines has far-reaching consequences on plant efficiency and equipment life.  An increase in condenser back pressure can throttle unit efficiency and, in extreme cases, cause low pressure turbine blade flutter.

Over time, the waterbox-to-tubesheet and tubesheet-tocondenser shell gaskets can start to breakdown due to embrittlement. Hydrodynamic stresses from waterbox loading and possible startup water hammer further aggravate gasket integrity. Differential thermal stresses resulting from steam dumps, black trips, and the like compound the problem. Air inleakage around the gasket, through the bolt holes, and into the condenser shell is the result. Raw water inleakage can also occur.  Various leak sealing methods have been used with uneven results. Leak paths can be elusive with new ones forming. Improperly applied sealing materials can delaminate.  Often additional sealing materials are applied over old repairs which can result in an ineffective buildup of various paints, anti-sweat coatings, caulks, and other compounds around the external condenser flange.  During a retube, the waterbox/tubesheet gasket is usually replaced but outage duration may not permit this.  The tubesheet-to shell gasket is usually not replaced.  Plastocor®, Inc. has developed a method whereby these old materials are completely removed and a new, sealing system installed. Thereby air inleakage is eliminated from the waterbox/tubesheet/flange area. In addition, these methods can be applied to most any other areas in the system where air intrudes.

For the external joint, these methods can be employed while the unit is either on-line or off. The sealing system can be installed as the previous materials are removed so severe leaks can be resealed as they are uncovered.  On-line applications should be done in conjunction with leak detection surveilance.

The system is equally effective when applied on the inside of the waterbox to stop cooling water inleakage or air inleakage in situations where the waterboxes are not completely flooded. 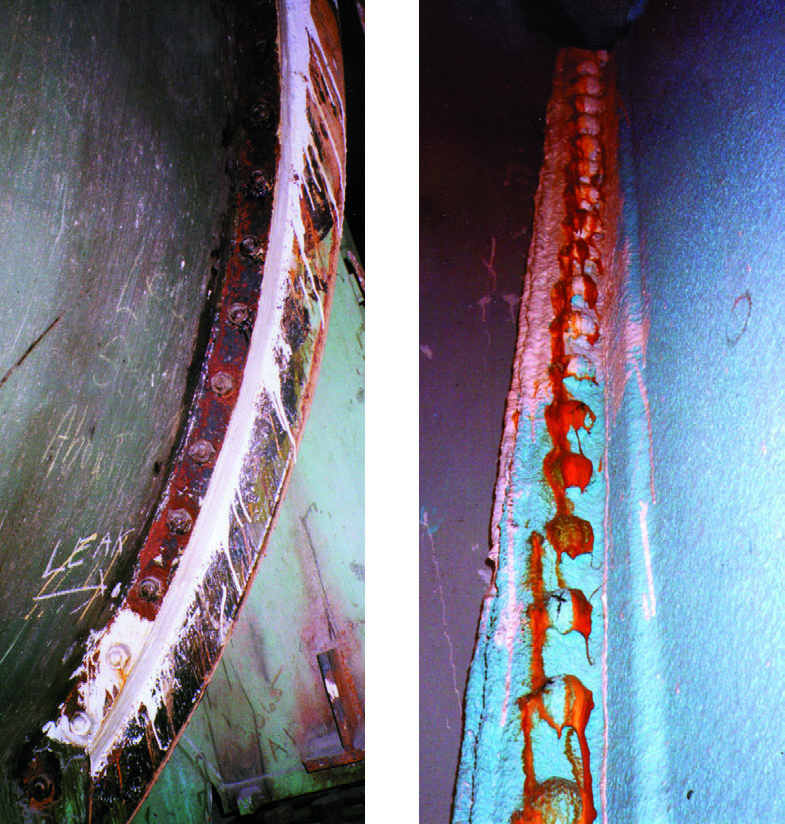 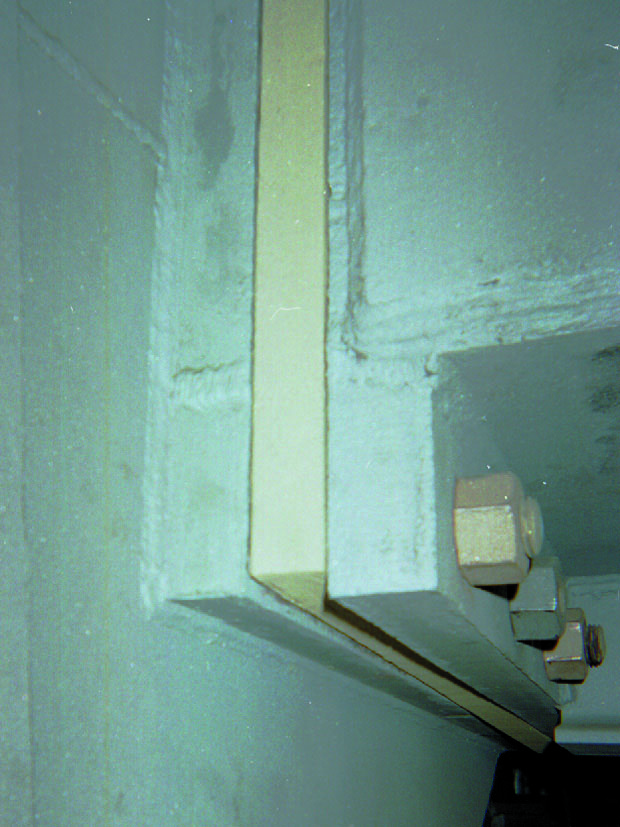 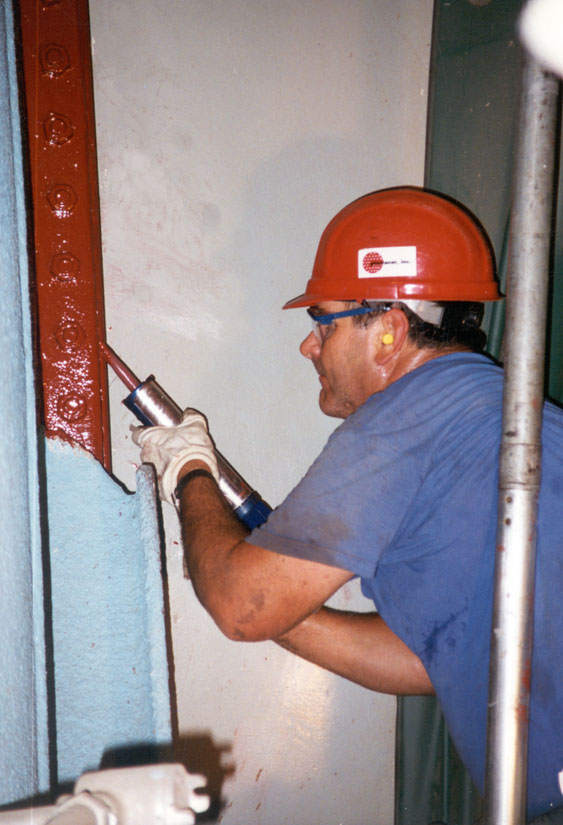 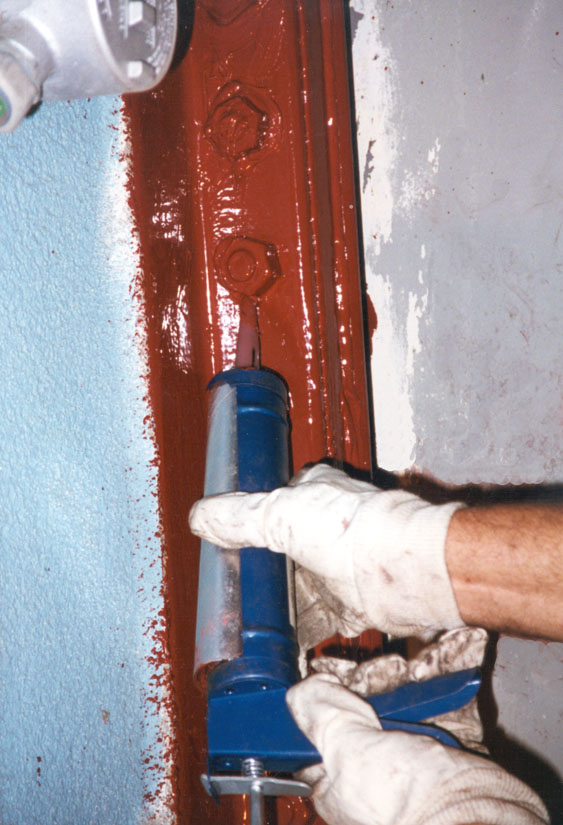 Caulking the bolts with elastomer. 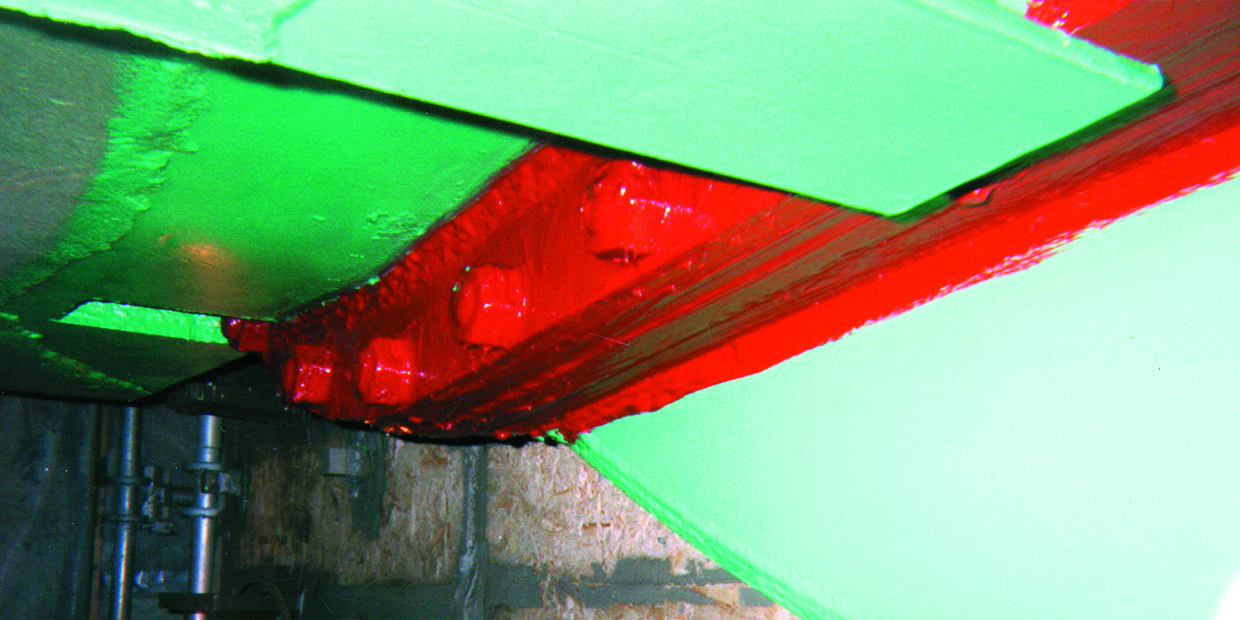 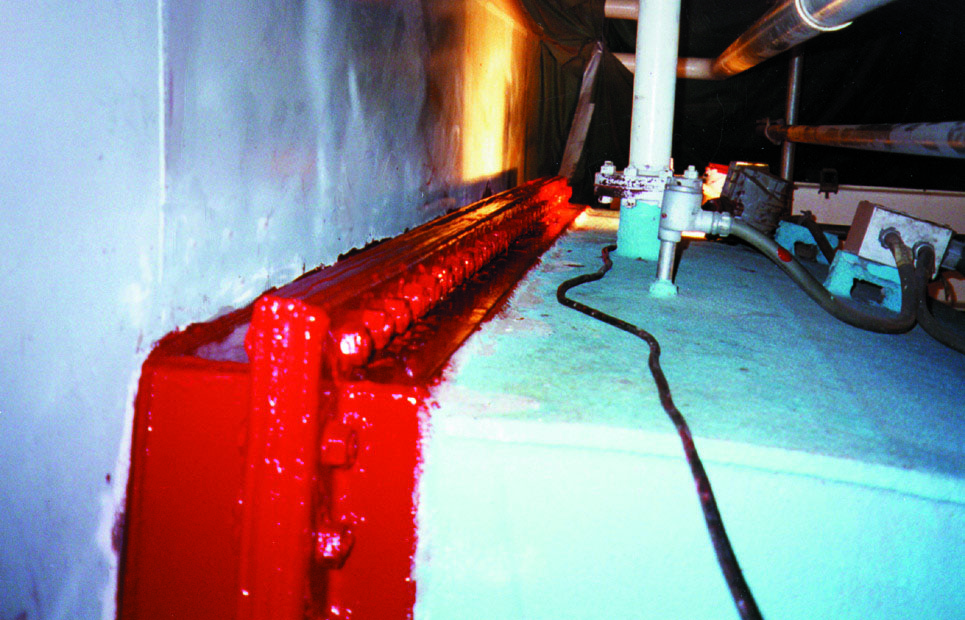